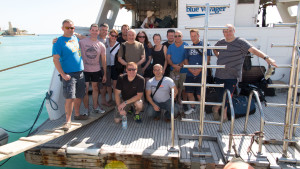 In October 2014, twelve members of Wexford Sub Aqua Club had the pleasure of undertaking seventeen dives in the warm and crystal clear waters of the southern Red Sea.

The holiday was open to all members and was a mix of people just starting in their first year diving and members in their twentieth. While some would say the trip finished the year nicely; others would argue it provided the perfect kick start to our upcoming pool training which begins on January 11th 2015 in the Wexford swimming pool at 4.30pm. 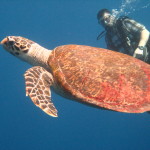 Flying via Gatwick to the Egyptian city of Hurgada, and then after a four hour bus transfer, we arrived at the coastal town of Port Ghalib, where our thirty seven meter long liveaboard boat, “Blue Voyager”, was moored at the marina. We slept, ate and dived from this wonderful boat for the whole week. The accommodation was excellent with spacious, ensuite cabins and wonderful food.

Next morning, we motored to a nearby dive site to ensure our dive gear was working, before heading further south and farther out to sea. The two check out dives were brilliant and each subsequent dive got better and better. Some days we carried out four dives, each being around an hour in duration. 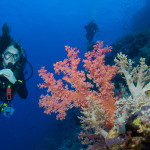 A twelve hour night sailing took us to the tropic of cancer where we dived at wonderfully and intriguingly named places like “Fury Shoal” and “Paradise reef”.

Each evening, dusk came quickly and early and on our night dives, we witnessed Moray eels free swimming, and hunting Lionfish using our torch light to illuminate their prey. This was predatory behaviour you would not witness during day time dives.

Another dive was at “St John’s caves”, a site where you can safely fin through a labyrinth of swim throughs, caverns and overhangs. The high tropical sunlight pierces through the holes in the cave ceiling and bends through the water like 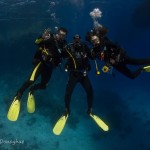 the light does though a large church window.

All of the dives were carried out in water temperatures of twenty seven degrees Celsius and very quickly some of the group used just shorts and t-shirts on their dives. In some parts of the cave system, where water movement was minimal, you swam into warmer water and it was light stepping a greenhouse. 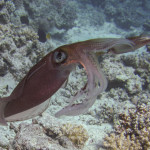 The highlight for many of us, were the dives on “Daedalus reef” where a school of Hammersharks swam around our fins. The dive guides said they have never seen Hammerheads congregate in such large numbers that year, and it was clear the luck of the Irish was working. If you ever heard the saying, “you should have been here last week”, well we were the crowd that were there last week. 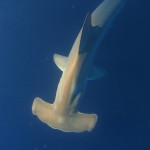 Daedalus is one hundred kilometres off the Egyptian coast and due to it being the only reef for hundreds of kilometres, it is used as a point of reference, or feeding place for big animals. This is why divers go there…to interact with the big pelagics. Also at this dive site, members ticked a few other items off their “to see” list such as the gracious Manta Ray and Turtles.

After two days at Daedalus, we cast our moorings and headed back north. While the Captain steering the boat, we chatted on the warm upper decks watching the lights of large container ships in the distance and the light pollution free display of the stars overhead. 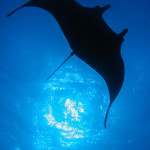 On the last day we dived “Elphinstone”, a kilometre long reef where we saw Oceanic Whitetip sharks at the end.  The last dive was one where we again struck gold again by diving with the endangered Dugong (sea cow) species.

Scuba diving and snorkelling is a sport that is open to all people who can swim, are comfortable underwater and meet age and insurance criteria. While we cannot claim to have water as warm, or as clear as Egypt, Wexford does have its own claim to unique and wonderful diving. And it’s all on our doorstep. 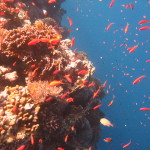 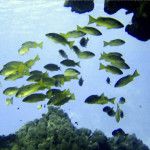 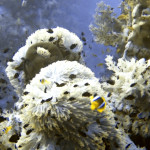 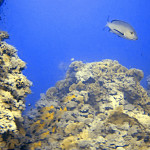